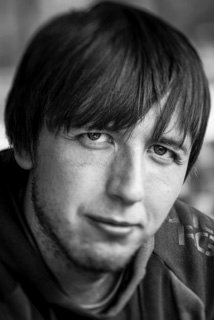 BIO:
Evgeniy Maloletka is a Ukrainian freelance photojournalist based in Kiev, Ukraine, originally from the city of Berdyansk, the Zaporizhya region in the eastern Ukraine.
Before trying his hand at other things, he discovered photojournalism. Maloletka started his career in 2009 as a staff photographer for local news agencies UNIAN and PHL.
He spent a month working on a photo project called House of Hope about a child cancer centre in the capital Kiev. The photographs were auctioned off at a charity event, helping to raise $5,000 sick children whose families could not afford afford treatment.
Maloletka was deeply involved in the coverage of the Ukrainian revolution since the beginning before moving to cover the conflicts in Crimea and eastern Ukraine for various international media.
Beyond that, Maloletka is also working on his personal projects:
the Hutsul project about the ethnic Hutsul community in western Ukraine, their traditions and daily life, and Donbass about the ongoing conflict in eastern Ukraine, which brought grief to the families of killed civilians and soldiers, destroyed the economy and wreaked havoc in the entire country.
Maloletka graduated from the Kiev Polytechnic Institute in 2010 with a degree in electronics.
In 2015, he was selected to participate in the Eddie Adams Workshop in New York.
His work was published in numerous prominent media: TIME, The New York Times, The Washington Post, Der Spiegel, Newsweek, The Independent, El Pais, The Guardian, The Telegraph and others.
He spent most of his time in eastern Ukraine working on assignment for The Associated Press, also contributing video content. My footage was widely aired on the BBC, Euronews, NBC and other international TV stations.